From now on, you will be able to listen to all Teenage Warning Records songs and records on youtube. We have created a channel and started to upload all the videos of our releases and bands. Subscribe to our channel to keep updated and comment your thoughts about the songs or records.

Teenage Warning Records releases the first OPCIO K-95 album “Cap Oportunitat” on vinyl for the first time. You can check one of their songs on youtube and buy the record at www.skinsandpunks.com

You can listen to the song “Maig del 37” from REMENCES which was included in their debut demo back in the 90’s and now re-issued on vinyl for the first time thanks to Teenage Warning Records. The songs have been completely re-mastered by Nico Zuñiga and the record comes with an A2 size poster, band bio in 3 languages, lyrics, etc…  Remember this record can be bought at www.skinsandpunks.com

This was OPCIO K-95 debut CD originally released by Propaganda pel Fet in 1996. This album has been re-issued on CD but never on vinyl. Teenage Warning Records and Mai Morirem releases this limited edition vinyl release which includes the songs from the CD, plus an insert with lyrics, pictures and band info. There is a limited edition on blaugrana vinyl colour, you know that’s the colours of their football team, Barça!. 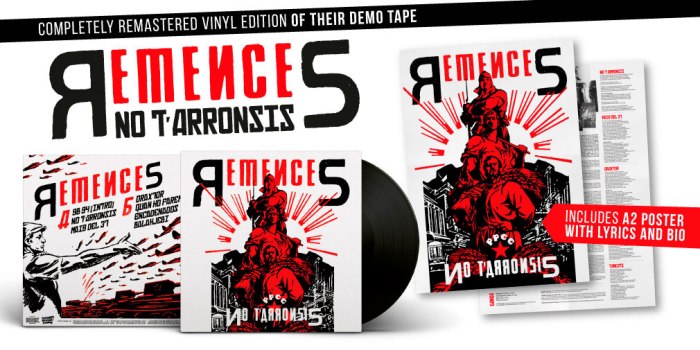 When talking about the Red Skin scene in Barcelona, you have to mention Remences. This band from Rubi, released a demo tape in the early 90’s  on Capita Swing which sold very well back in the days, they also got a few songs on some Oi! compilations on Bronco Bullfrog Records. Years after with a new line up the band released a CD on Plastic Disc, but never released anything on vinyl.  Teenage Warning Records has remastered the recordings used in their debut demo tape, re-designed the front cover having an artist draw the complete cover again and adapt for 12″ format, new artwork for the backcover and includes an A2 size poster with the cover on one side, and the biography of the band in english, spanish and catalan, plus the lyrics and band pictures. This is a limited edition record on black vinyl and quality 350 gram 3mm spine cover. 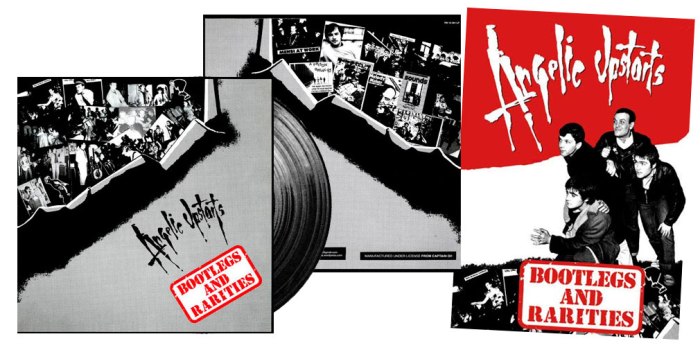 The first ever release on Teenage Warning Records is ANGELIC UPSTARTS Bootlegs and Rarities, originally released on RAZOR RECORDS back in 1988. This release is a limited edition to 500 copies on black vinyl. Includes an A3 size poster.

You can buy it at www.skinsandpunks.com